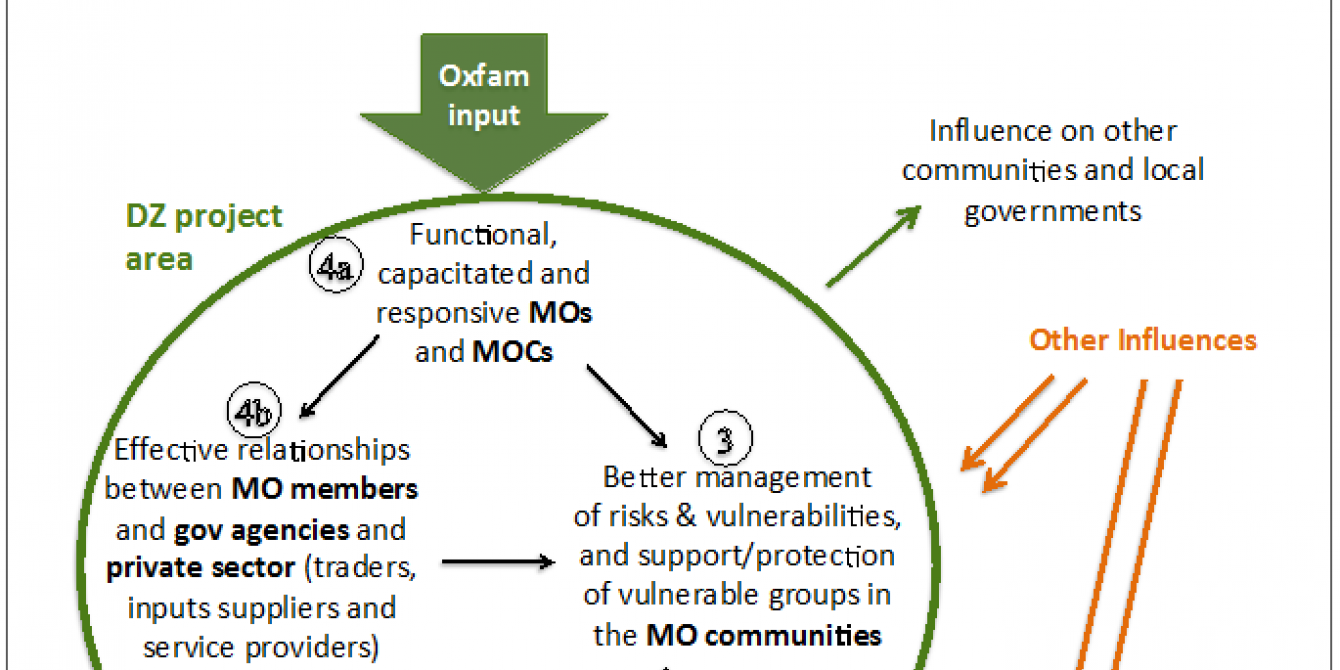 Local governance and resilience – what lasts after the project ends?

We have just finished a review of Oxfam’s work in Myanmar’s central Dry Zone. This was designed some 6 years ago – a lifetime in Myanmar, back when the country was far more closed, and we were trying to disguise governance work as a resilient livelihoods project. Our intentions were to help communities prepare to face future potential upheaval, including:

To do this we focused on building durable community structures, knowledge, and jointly exploring existing and new ways to cope with potential uncertainty. The activities included community development, Participatory Community Vulnerability Assessments and planning, a revolving fund as a way to support the most vulnerable in the community to handle the hungry season, and support on domestic and agricultural water, collective buying and selling, and cotton and beans growth and trade as the two value chains that could work best for women.

This was our working definition of resilience, and what we thought it would take to increase it in this context.

The study looks at how many of the Member Organisations (a version of Community Based Organisations) that we helped to establish were still operating, to what degree, and what made them continue. We were working in areas where no structured community organizations had previously existed, with little NGO presence at the time, so Oxfam had to use a mix of direct implementation and working with NGO partners, where they existed.

What did the review find? Some success, some failure, and a lot of interesting lessons. Of the MOs researched, 18 months on 62% were ‘hopeful or maturing’, and 38% ‘struggling’; none were completely dysfunctional or 100% effective. What I found most interesting was the strong correlation between good MO performance, and strong livelihood and resilience improvements (and vice versa – weak MOs correlated with weak improvements), supporting our hypothesis that capable and well functioning MOs can make a difference in current and future livelihood conditions. That backs the case for investing in social capital as a route to tangible improvements in people’s lives and livelihoods. This increased resilience came even despite severe floods in 2015.  The big takeaways for me were:

As ever, community development done well is resource intensive and it is difficult to demonstrate cost effectiveness. But if you’re going to invest in such intense processes, the key is to get that initial investment as right as possible, demonstrate the value for money where you can – and build in space for adaptation as you ‘learn by doing’ and/or conditions change. The review has given us tonnes of insights for future programme design on success factors and risk factors in local governance and resilience building. The question now is how to institutionalize such knowledge so that learning reviews do indeed feed into the future?