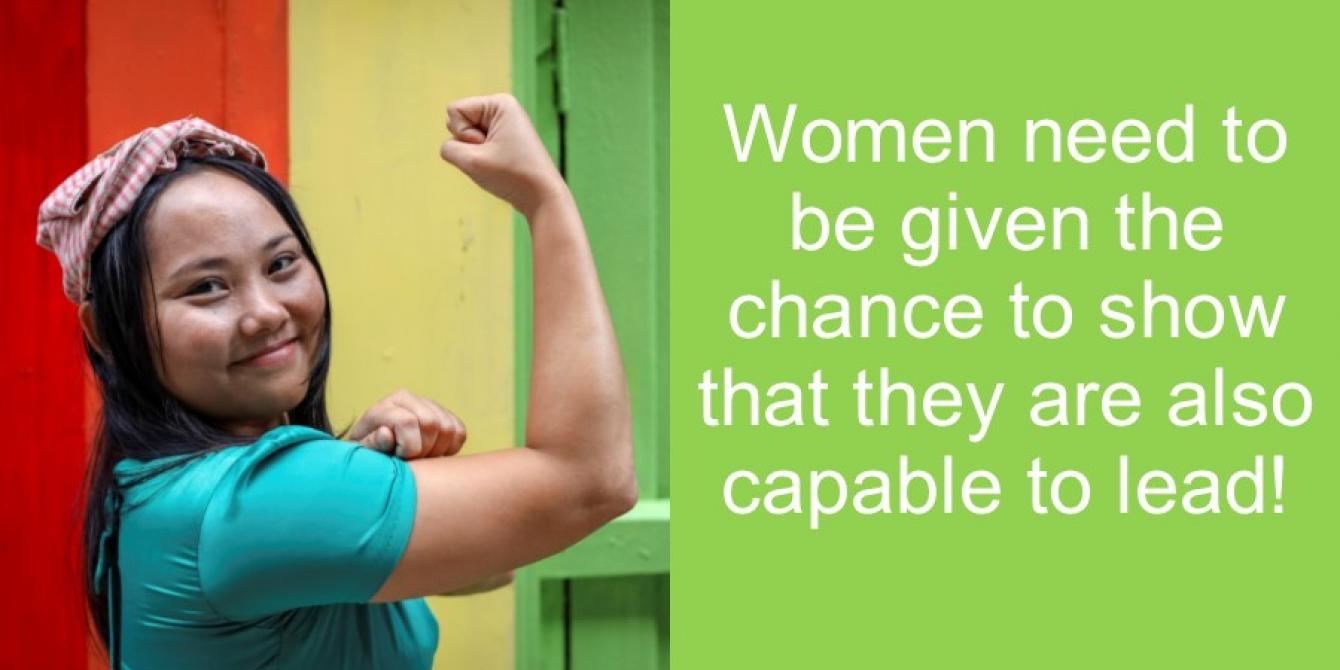 When Seine Le Le Hset grew up, her father insisted that he was the ”head” of the family and therefore entitled to make all the decisions – something that created a lot of tension between her parents, and even led to domestic abuse. Today Seine leads other women to impact their communities and work for gender equality through the ”Women Development Leadership Program”, a program that is implemented by Oxfam’s partner organization Yaung Chi Thit (YCT).

Women are not given a fair chance

Seine grew up in a low income family on the outskirts of Yangon. Her father worked for the government but his income was not sufficient to cover their daily needs. Therefore, her mother opened up a small shop to earn some extra money.

– Even though my father appreciated the extra income, he felt jealous of my mother who sometimes earned more than him.

Seine’s father kept claiming that it was ”his house” and ”his family” and that ”he was the head”. Consequently, he insisted on making all the decisions and disagreeing with what Seine’s mother wanted, just to show that he was in charge. Sometimes he also used physical violence to show his power, which made Seine feel very scared.

Based on these childhood experiences, women’s right to decision making has become very important to Seine, not just on the family level, but on a community and national level as well.

– It is not very satisfying to think about the fact that female representation in the parliament is just over 12 percent. And out of all the 330 township administrators only one is a woman. These positions should not be based on gender, but on how qualified the candidates are. Women need to be given the chance to show that they are also capable to lead!

Both attitudes and policies need to change

Changes need to happen on many different levels to improve the situation for Myanmar’s women, according to Seine.

– We have to raise public awareness and work with people’s attitudes, and we also need better laws and policies in place. Women must to able to protect themselves against violence and discrimination.

She would also like to see Myanmar changing how they budget, to promote gender equality.

However, the attitude towards women both in their families and on the streets also need to change, says Seine. She mentions that street harassment is incredibly common and something that most women experience on a regular basis.

– It is scary, but we have to try and fight back, she says.

Many women also experience abuse on the buses, since they are very crowded and there is nowhere to escape. One time a man came very close to Seine and touched her.

– No, she answers. I felt too scared. And ashamed.

Fear and shame are strong forces that also hold too many women back and keep these violent cultural structures in place.

Eventually, Seine concludes that she is very happy to be able to work at YCT, strengthening gender equality and women’s rights in Myanmar on all levels.

– I love to speak publicly, to lead and to encourage other women to lead and I know that our work can make a positive difference for women in Myanmar!