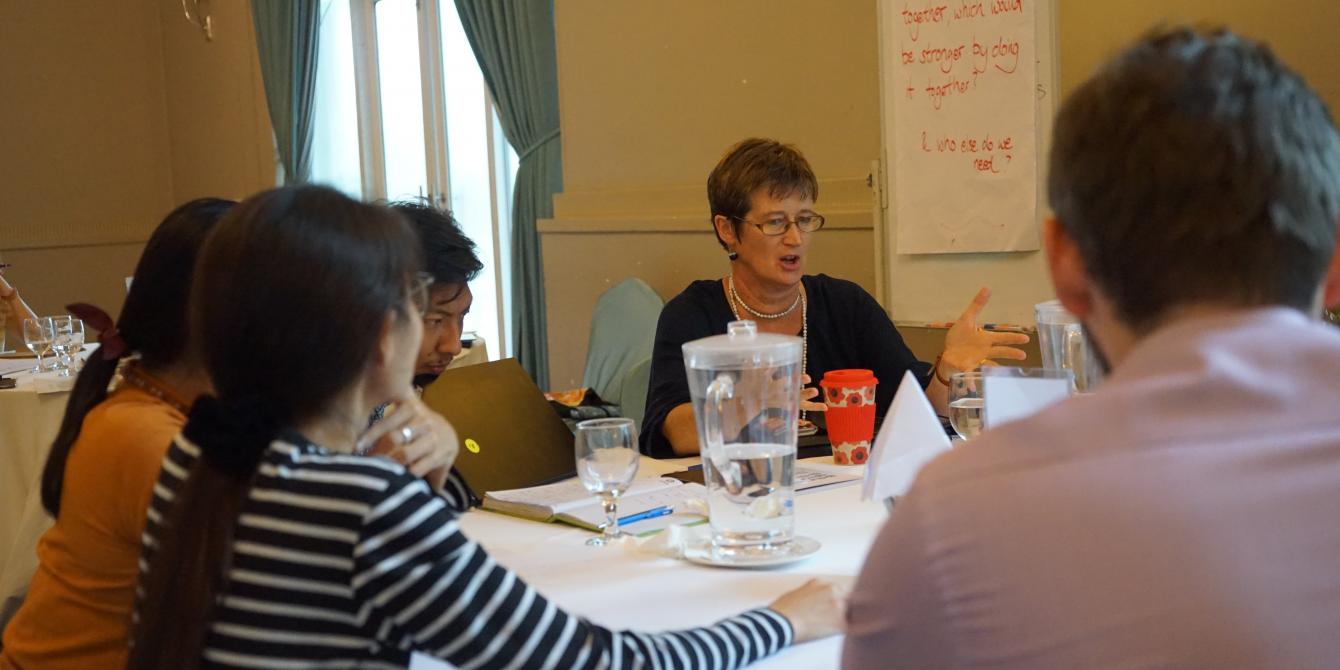 Why We Care About Tax!

While tax may seem like something best left to accountants, the fact is that tax is a core element of accountable and responsive governance in Myanmar. That’s why we at Oxfam care so much about tax!

Taxation is the practice of collecting taxes (money) from citizens and companies based on their earnings and property. The revenue raised from taxation enables the government to fund public services such as education and healthcare and build shared infrastructure like roads and powerlines. Tax’s functions can be summarized by the 4 Rs – it’s about revenue for the government, redistribution of wealth, with fair tax policies acting to reduce inequalities between rich and poor, repricing of certain ‘harmful’ goods, such as cigarettes, and representation. Ultimately, taxation provides a link between the public’s contribution of taxes and the responsibility of government to budget and deliver services according to agree on priorities.

Oxfam in Myanmar started focusing on taxation and budgeting processes in 2017 as part of the Fair Financial Flows project, funded by SIDA. This aligns with our broader work on strengthening social accountability between communities and local government, including through opportunities like public hearing forums where citizens engage directly and openly with the government officers, discuss issues like taxation and the delivery of public services and share priorities for the development of their communities.  One issue that’s often discussed is what does fair taxation look like for a community?

As described by Yee Mon Oo, Oxfam’s Advocacy and Campaign Coordinator, “Fair taxation means that people who have more, pay more and people who have less, pay less, with the government then using the tax revenue it collects to provide necessary public services in a transparent and accountable way”.

Alongside this work at the local level, we want to further strengthen accountability and reduce inequality through fair tax policies at the national level as well.. With this in mind, Oxfam in Myanmar and Action Aid Myanmar organized the “Tax Justice in Myanmar Learning Workshop” on 9th August 2019. A number of organizations working on tax and public financial management issues across the country joined the workshop, including the Renaissance institute, the Asia Foundation, the Myanmar Institute for Gender Studies and the Myanmar Center for Responsible Business. Participants shared recent research and learnings and identified key tax-related policy issues that can support a fair tax system in Myanmar.

Myanmar has been engaged in tax reform processes over the past number of years and key documents like the Myanmar Sustainable Development Plan confirm the Government’s commitment to establishing a “fair and effective” tax system. At the same time, Myanmar’s public are becoming more aware of their role in paying taxes with greater understanding how this revenue gets allocated to public services. However, will some progress is being made, big challenges remain, including with low tax rates and inadequate spending on social services, like education, compared to other countries in the region.

“However, the taxation system is implemented, it is important not to put extra burden to poor and vulnerable citizens”, Wunna Tun who has been involving Oxfam in Myanmar Fair Tax Monitor shared his thoughts.

Oxfam in Myanmar will continue to work with key partners from civil society and government to strengthen accountability and reduce inequality through a fair tax system that works for all.