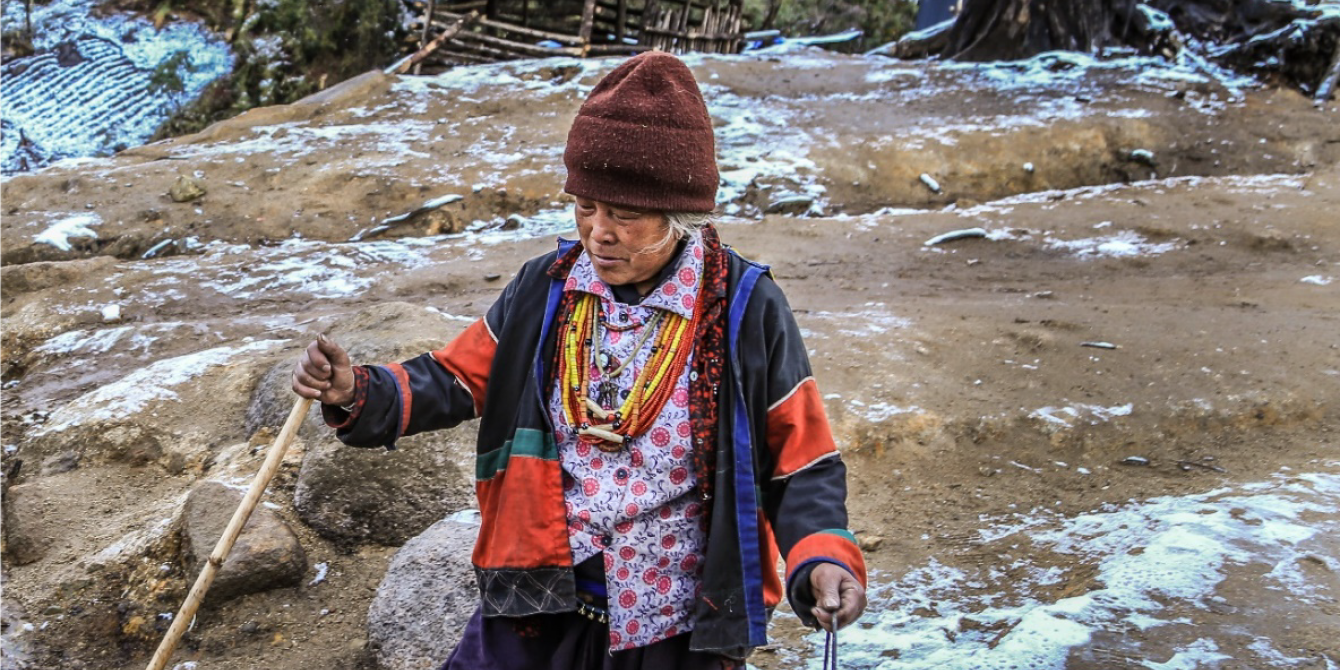 The Durable Peace Programme (DPP) seeks to achieve lasting and equitable peace and sustainable development in Myanmar, especially in Kachin and northern Shan. It does so through a wide range of activities, from support for durable solutions for Internally Displaced Persons (IDPs), diversification of livelihoods and boosting income generation of communities, to contributing to positive engagement with the peace process and strengthening social cohesion on various levels. Throughout, the programme advances gender equality across its programming and strengthens civil society in both Kachin and northern Shan.

The first phase of the DPP started in February 2015, and the second phase began in August 2018 and will run until February 2022. Each phase involves a baseline and an endline report, making this baseline report the third in a series of baselines and endlines, enabling the DPP to track trends over a long period of time. The reports, apart from being a crucial tool to measure the impact of the
DPP and to inform programming, also present the perceptions of people living in conflict-affected communities, particularly IDPs, who bear the brunt of the negative impacts of armed conflict in the states of Kachin and northern Shan. It is based on a comprehensive and systematic survey process involving 1,985 interviews conducted in May-June 2019 by the DPP consortium and partners
in 50 IDP camps and 25 communities across 19 townships locations across Kachin State and northern Shan. Below is an overview of the main findings of this baseline study for the second phase of the Durable Peace Programme:

Uncertainty about peace, high sense of insecurity due to conflict and low levels of trust
The vast majority (73%) of respondents say they don’t know how long it will be until there is lasting peace in Kachin and northern Shan, and most people perceive community, women and youth issues to be barely or not at all included in the peace process. The perceptions of respondents in northern Shan on the National Peace Process are overall more negative than those from Kachin, 37% in Kachin have confidence compared with only 21% in northern Shan. Respondents indicated the least amount of trust in the Myanmar Army (Tatmadaw), the Union Government, and “foreigners or
businesspeople”. Among IDPs, 77% feel a threat to themselves and their belongings due to armed conflict. Around 30% of respondents feel they have no opportunities to participate in community peace initiatives, with the lowest rates of opportunities evident in northern Shan.

Declining wealth but positive view on future development
Since the start of the DPP in 2015, the wealth of IDPs and conflict-affected communities, in terms of income and purchasing power, is declining and vulnerability is increasing in Kachin. Despite this increasingly negative financial outlook, respondents still have a positive view on the future, with steady improvements in perceived future development opportunities. However ongoing challenges and barriers still persist, with one example being that 60% of respondents face barriers when trying to sell products. Government Controlled Area (GCA) IDPs, female IDPs and people from northern Shan most commonly report such barriers. Distance to markets is the most commonly reported challenge, especially for northern Shan, male IDPs and GCA IDPs. Accessing finance is a significant challenge for female IDPs and GCA IDPs.

IDPs’ preference is still to return to their place of origin, although they are worried and feel underprepared
As with previous surveys, the first preference for 70% of IDPs is still to return to their place of origin. The most important preconditions for return are security issues, such as the clearance of landmines, access to land and housing, livelihoods/economic opportunities, and access to services such as education. Beyond this finding, a clearer overall picture of people’s aspirations for return, resettlement and local integration is emerging in comparison with previous surveys. This survey demonstrates a greater support for local integration in northern Shan, and that there is less support for return among IDPs in northern Shan, although it is still the most favoured option. Most respondents feel they can advocate in decisions on return and resettlement, which suggests they feel more empowered. They will however also accept whatever decision is made and support communal processes. However, IDPs from northern Shan feel the least likely to be able to advocate in these ongoing decisions and are most likely not to accept the decisions. Concerningly, the majority of the IDPs in Kachin and northern Shan feel worried and underprepared for any potential future movement.

People are insecure about their land
Just under half of the IDPs in Kachin and northern Shan reported they owned land at the time of displacement. People reported losing land in all areas subsequent to displacement, with the Tatmadaw, the government, militias and ethnic armed organisations being held responsible. 18% of IDPs feel at risk of losing their land in the next year, while 32% feel they lack security of tenure. This is particularly important as access to land and housing is one of the main preconditions for return.

Gender inequality restricts women’s participation in social, economic and political life and acceptance and prevalence of Gender Based Violence (GBV) remains high
Females in Kachin and northern Shan are less likely than males to have jobs, obtain an education, own land or other assets, or possess ID cards - which are critical for freedom of movement and access to basic services. The acceptance of violence against women and girls is still high everywhere, with roughly one third of respondents holding views accepting of GBV. Concerningly, GBV is commonplace, but little action is taken against it. The majority (86%) of female IDPs have experienced danger from armed conflict, although female IDPs’ priority issues are absent from the peace process. Female IDPs have less chance to participate in peace initiatives and less knowledge of peace process, compared to male IDPs.

Willingness to take legal action when needed but limited access to justice
More than half of the respondents felt that they did not have access to legal information on a range of issues, including land, domestic violence, theft, drugs, petty crime and citizens’ rights. While respondents have a positive attitude on taking legal action when needed, far fewer know how to obtain legal information or know how to take legal action.