Women and Leadership in Myanmar

This study reveals that Myanmar women typically face a myraid of obstacles to becoming leaders. Despite this, a small number of women are leading in all realms of society, skilfully demostrating that women have leadership capacity 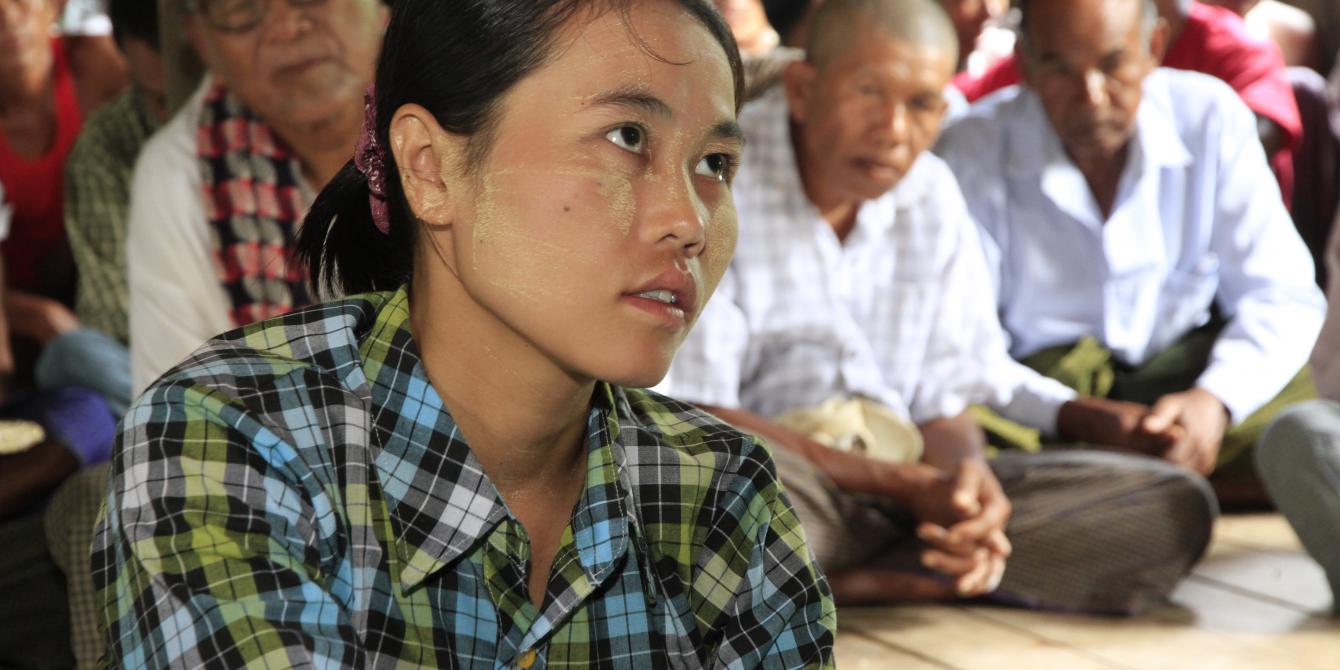 Myanmar is a country in transition. Unforeseen political, economic and social reforms and an unprecedented 'Opening up' have paved the way for significant change. While public discourse suggests that gender inequality in Myanmar is not pervasive, a growing body of evidence makes clear that discrimination against women is deep-seated and widespread.

Gender inequality impacts upon women and girls from all ethnic, cultural, geographical, and religious backgrounds, Poverty, livelihood opportunities, land use, education, health, HIV infection, tracfficking, violence and sexual abuse are all areas of concern with significant gender dimensions. Integral to these issues is the profound under-representation of women in most areas of public and political life. Whilst the Government recently appointed its first woman minister, only 4.6% of seats in paliament are held by women. Across all sectors women are absent in senior decision making roles. As well as denial of women's rights, gender inequality is an obstacle to inclusive development and democracy. Making Myanmar's vision for the future - as a modern, developed and democratic nation - a reality means ensuring that women and girls benefit from the advantages of educaiton, participation in the economy and engagement in political decision making. Failing to include and empower women puts the nation's progress in jeopardy.

Despite the many challenges, women are overcoming barriers to take up leadership positions. This research explores the obstacles that women have overcome to take on positions of leadership, the challenges they contine to face in their leadership roles, and the implications of these experiences for decision makers who are tasked with developing policies and programs.

This November - December 2012 study involved 756 participants including women leaders in business, in politics (parlimentarians), and in non-profit sectors in Yangon and Nay Pyi Taw, along with women leaders from communities in northern Shan, southern Chin, Kayah, Mon, and Magwe, Mandalay, and the Ayeyarwaddy regions, who were interviewed about their views on and experiences of women's leadership. Men and women community members across the same seven States and Regions participated in focus group discussions. Data was gathered by 35 trained data gatherers.

Key findings from this research demostrate that women face significant barriers to becoming leaders, and ongoing challenges they face when they take up leadership positions. There barriers are reinforced by persistent stereotypes - in particular the notion that males are "natural" or rightful leaders and women rightful followers, and that women lack some essential capacities to be effective leaders/ The research finds that women experience a daily struggle to balance home and work responsibilities. Regardless of their job, women typically retain full responsibility for the care of household and children. The experience of gender based violence from males - both within the family and in the workplace - in the form of insults, mockery, harassment, physical and sexual assault, was reported by women across all sectors. At the same time, the lack of public debate as well as lack of champions amongst women leaders themselves to contest discrimination means that the space for women's leadership is not expanding as it could and should. Similarly, the failure to recognize gender equity as a struggle in its own right, as an essential component to achieve inclusinve and sustainable peace, development and democracy, limits opportunities for women and opportunieis or the wider progress of Myanmar.

However, the experience of women leaders who participated in this research also demostrated that there are opportunities and spaces for women to step into leadersip roles. Courage and determination are required for women to succeed in male dominated places and positions. What helps are supportive families, particularly husbands or partners who encourage and assist. Support of other women is also recognized as an important factor. as are role models and/or champions at all levels to promote and motivate women to lead.

In 1997, the Government of the Union of Myanmar acceded to United Nations Convention on the Elimination of all forms of Discrimination against women (CEDAW). The government has also approved the National Strategic Plan for the advancement of Women 2013-2022 (NSPAW) to create enabling systems, structures and practices for the advancement of gender equality and the realisation of women's rights. This is a major step froward and a signal that political actors and insitutions are willing to tackle gender inequality in Myanmar.

The collaborative efforts from all sectors of society - the Government of the Union of Myanmar, civil society, the media, and the international community - are required to address gender inequalities and to advance women's participation and their opportunities to be in leadership and decision making positions. Firstly, legislative and policy reform is required to establish a framework which enshrines women's rights, and which regulaes for affirmative action/ positive discrimination to achieve gender equality, as well as utilising political processes to advance women's leadership. Secondly, changing social attitudes and cultural norms to challenge gender discrimination and stereotypes in imperative to create an enabling environment for women to become leaders. Thirdly, ongoing suport is needed to promote, train and mentor women to be leaders.

Despite the increased global visibility of women in politics, including at the highest levels, there is still a yawning gap in their level of political representation, compared with men. In October 2013 only one-fifth of all seats in national legislatures around the world were occupied by women,...