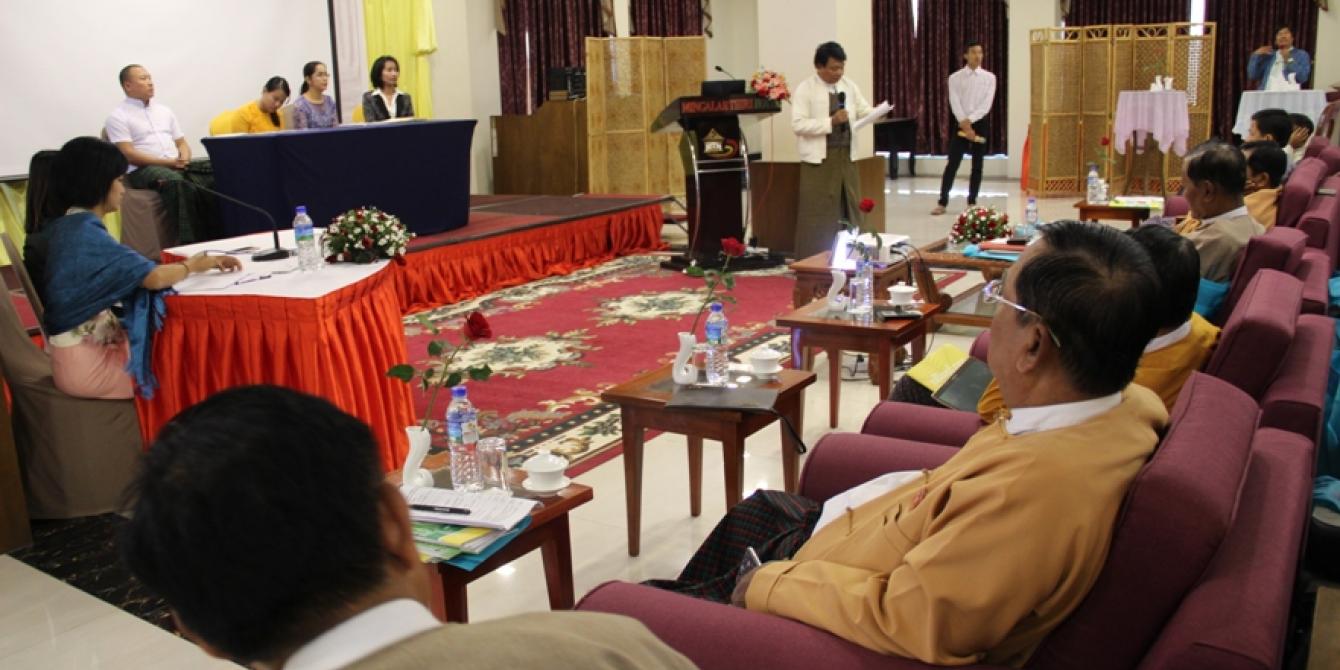 Nay Pyi Taw, Myanmar – Farmers across Myanmar are at risk of losing their land, being buried in debt and sidelined in Myanmar’s rush to develop if policies protecting the interests of small-scale farmers are not put in place, civil society organisations say in a meeting with government officials and MPs today in Nay Pyi Taw.

The roundtable discussion, organized by the Metta Development Foundation, Paung Ku, the Food Security Working Group (FSWG), Oxfam and leading national experts on food security will share evidence from research findings on agribusiness investment trends in the country and present cases that show how agribusiness investments in recent years have made money for some, while the lives and livelihoods of others have been put in jeopardy. Following years of international isolation, Myanmar is liberalizing its economy and seeking to attract foreign investment as rapidly as possible, yet there remains limited transparency and accountability around investments. 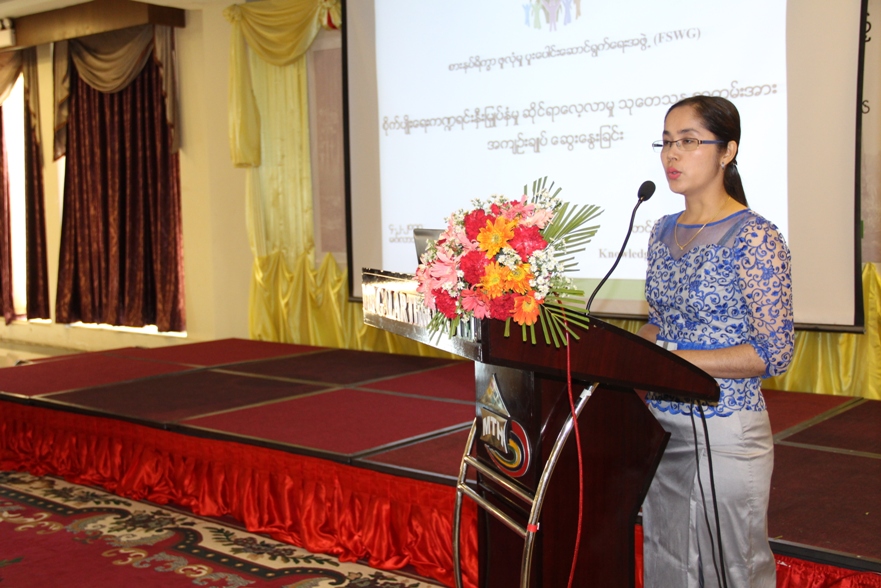 “International investors are queuing up to invest in Myanmar, with companies from China, Singapore and Hong Kong topping the list. International standards are often high, but it is unclear whether these are being upheld in Myanmar,” said Khin Maung Latt, National Agriculture Advisor of Metta Development Foundation.

According to Oxfam’s report “Whose Crops at What Price?” an area nearly ten times the size of Hong Kong (2,322,007 acres) had been granted to local and foreign companies as of April 2014. In the face of this agricultural land rush, Myanmar's laws and policies on agriculture, investment and land are still in sharp need of improvement; many questions remain unanswered, such as how soon the National Land Use Policy will be implemented, and how rules to increase transparency and to prevent social and environmental damage will be put in place and implemented.

“In Shan State, we have seen contract farmers producing corn for export being driven into debt, and many have lost their land, as a result of a lack of safeguards to protect them from a wave of commercialization taking place in the state,” Khin Maung Latt added.

During the agribusiness dialogue, MPs, along with government officials and expert speakers, will discuss ways to address challenges and risks related to the increase in agribusiness investment. Tin Moe Khaing of the FSWG said that the event “aims to start a serious conversation among lawmakers and policy makers on how to ensure small farmers’ interests are kept at the forefront as a raft of post-transition policies and laws are reviewed and adopted.” 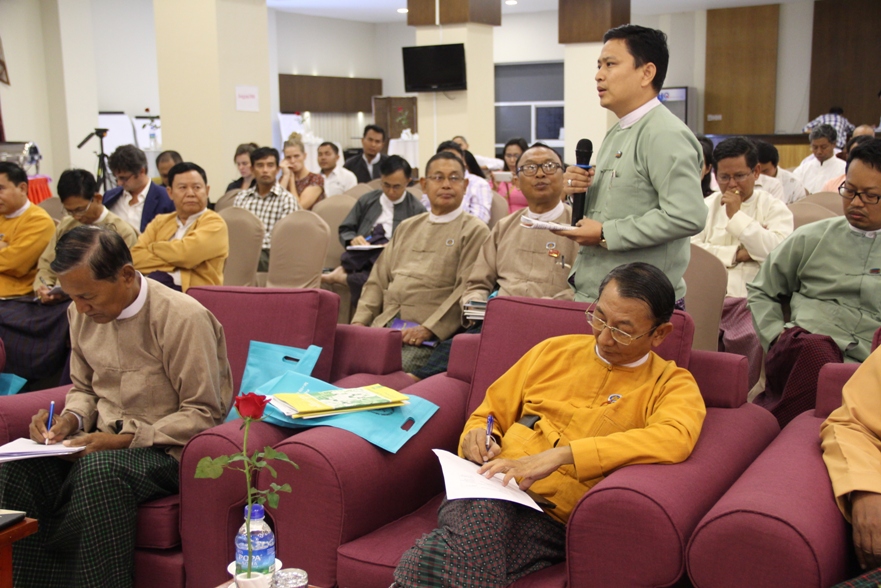 “1.8 million acres of oil palm concessions have been awarded in Tanintharyi Region marred by years of civil war, and more often than not, the investors are proving blind to post-conflict issues, and incapable of following industry standard environment and social standards,” said Paung Ku senior program coordinator, Doi Ra. “There are enormous challenges around agribusiness concessions established or being considered, particularly in conflict and post-conflict areas.” According to government figures, more than half of concessions in 2014 were handed out in Kachin, Shan, and Taninthayi.

Important policy commitments such as the National Land Use Policy and a promising Agriculture Development Strategy under preparation by the government remain to be implemented, say the organisers of this event. Critically, Myanmar still lacks a strong land administration system, or a robust system to address conflicts over land.

“We feel serious consideration should be given to calls being made by many for the government to refrain from granting new agriculture concessions until progress is made on safeguards for farmers, and until there is significant progress on the wide range of challenges in relation to land rights,” said Duncan Pruett, Oxfam’s Programme Policy Advisor //Ends 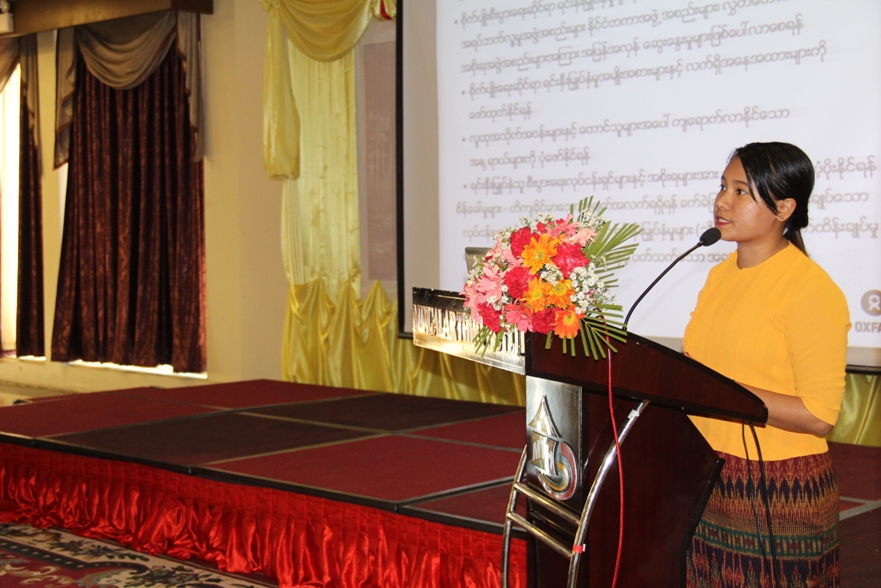 Download a copy of Oxfam's report Whose Crops, at What Price? at: http://oxf.am/Zboc

For further inquiry and for interview requests with spokespersons, please contact: