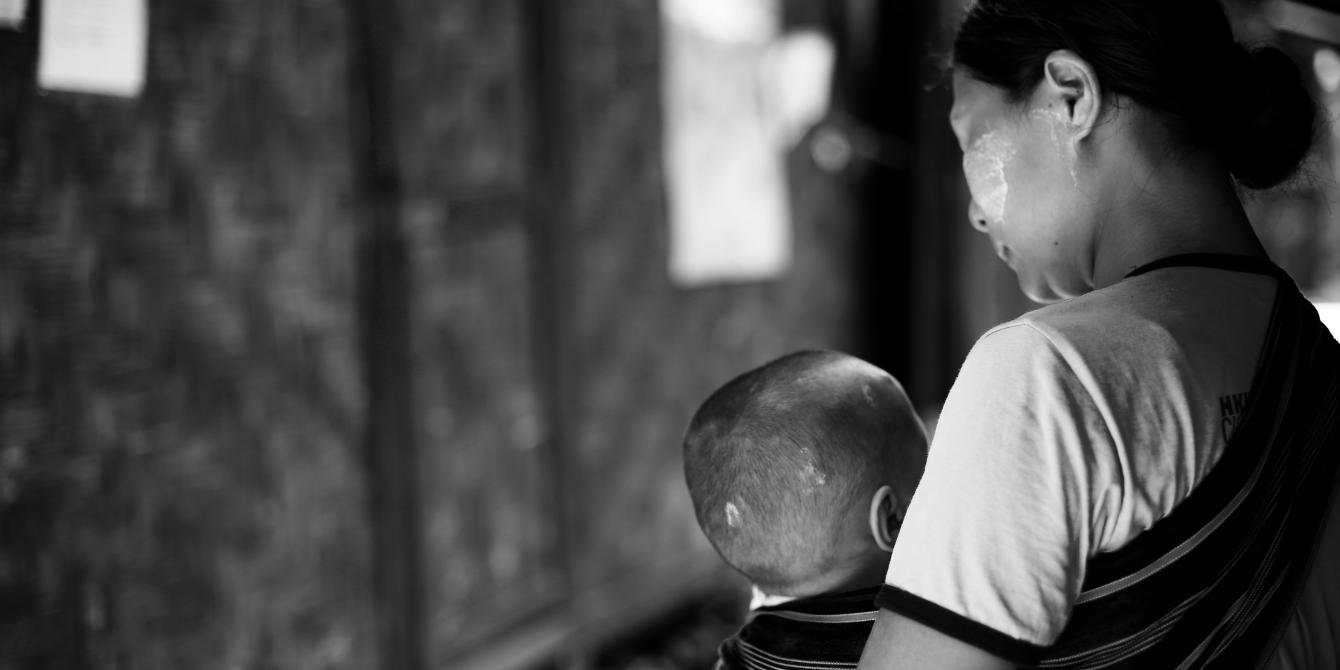 Awakening to the sounds of fighter jets and helicopters, it was not long before Awng Ra villagers joined the over 100,000 people displaced in Kachin, as the conflict between the Myanmar Armed Forces and the Kachin Independence Army intensifies, posing major challenges to long-term peace, and the immediate safety of civilians. Now living in a camp for displaced people, an Awng Ra villager describes their recent experience, recalling the events:

“In the early morning, around 7:00am on 16th December 2016, unexpectedly, the rest of the villagers and I heard and saw two fighter jets/helicopters flying towards our village. Soon afterwards, we heard the noises of airstrikes near our village. The two Burmese military planes started shooting near the west part of our village around 7:00am and all the villagers ran into the forest. After one and half hours of fighting, three households and the village Church were damaged. A two-year-old girl also injured her hand when she ran into the forest with her father seeking refuge. The girl is now at Myitkyina hospital, but luckily, the girl was not injured much. Nevertheless, we were all terrified by the incident. Only at late evening we dared to come back to the village to check our houses and our village.

On December 17th, there was no attack.  Then during the early morning of the 18th of December, the Burmese Army shot bullets and mortar shells near the front part of our village for about one hour. Seven to eight cows and buffaloes died because of it. At 10:00am, there was fighting again. Around 3:00pm, we heard four more mortar shells from the west part of the village. On that day, villagers ran in all directions. My family and around thirty villagers had to run to the forest and had to stay the whole night in the forest. We tried to contact a church leader of Mandau village tract while hiding in the forest (who ultimately arranged a boat to transport the villagers to relative safety).”

Operating in this volatile context, the work of Oxfam’s Durable Peace Programme is more critical than ever, yet increasingly difficult. Documenting communities’ perceptions towards peace and conflict, Oxfam partner Nyein Foundation’s conflict monitoring highlights worrying trends. For example, where 50% of respondents had some confidence in the peace process in October 2016, this has plummeted to a meagre 11% in January this year, making the Programme’s reconciliation and peace promotion efforts ever more challenging, if not impossible. The previous perceived safety of camps is also declining with those reporting feeling danger from fighting near their camp increasing from 40% to 49% over the same period

At this critical juncture in Kachin State (and Myanmar), the Durable Peace Programme calls on ethnic armed organisations, the Myanmar Armed Forces and the Myanmar Government to step up efforts towards achieving an immediate cessation of hostilities, and longer-term peace and reconciliation that gives primacy to the needs and perspectives of displaced people. As the second round of the 21st Century Panglong rapidly approaches, actions must meet words: all parties must commit to dialogue over destruction.

Promotion of Durable Peace and Development

Inclusive, durable peace is essential in Myanmar if people are to live free from fear of ongoing violence, rights abuses and displacement. Communities have a key role to play in building such sustainable peace, including through advocating for their needs and rights to Government and Ethnic...

Author: Nhkum Naw Mai and Dustin Barter, Durable Peace Programme, Oxfam in Myanmar “Fighting broke out nearby in 2011 and we had to flee – a soldier died near us and then we moved here. On the day of fighting, we fled quickly; we had to run. We came here on a boat. I had a baby at that...